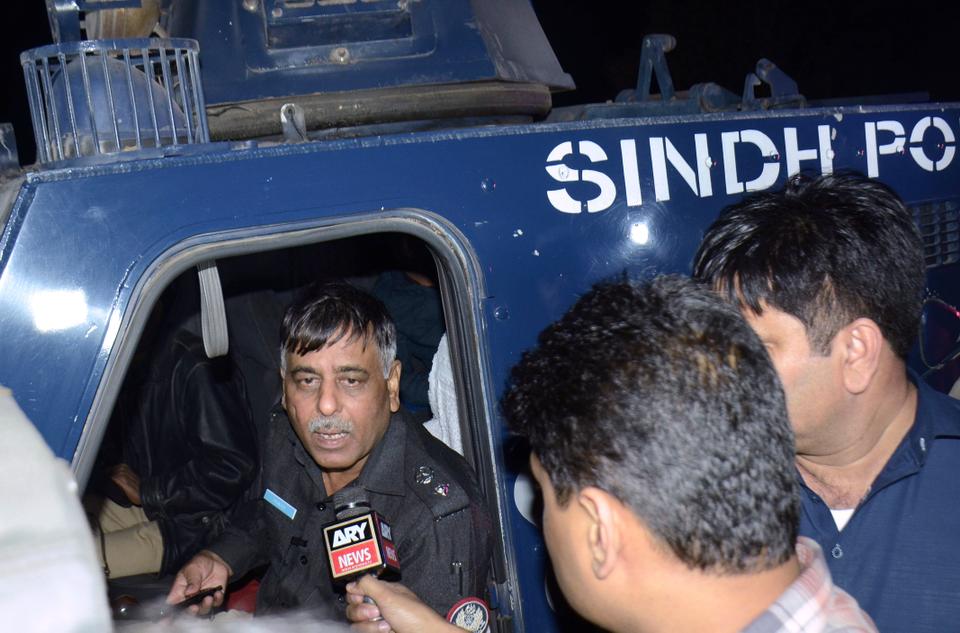 An anti-terrorism court in Karachi on Monday acquitted former Malir SSP Rao Anwar and 17 others in the Naqeebullah Mehsud murder case.

The brief verdict was announced by ATC XVI judge at the Karachi Central Prison, in which the court said that the prosecution had failed to submit sufficient evidence against Anwar and other accused persons.

Anwar says “fake allegations” against him have been proven wrong

In the detailed verdict released later, a copy of which is available with Dawn. com, the judge said: “I am of the considered view that the prosecution since has failed to bring home guilt of the accused beyond any reasonable doubt and for giving benefit of doubt to an accused it is not necessary that there should be many circumstances creating doubt. One single circumstance leading towards the real doubt is sufficient to acquit the accused.”

The judge extended the benefit of doubt to the accused and acquitted them in the case.

The court took five years to conclude the trial of the murder, which had triggered widespread condemnation and debates on social media about fake encounters in Karachi, particularly by Rao Anwar.

The killing of Mehsud, an aspiring model from South Waziristan residing in Karachi, stormed social media with public outcry and sparked countrywide protests by civil society against the state’s failure to arrest the former SSP and his team.

Anwar, along with his around two dozen subordinates, were charged with the killing of Naqeeb and three others after allegedly dubbing them militants linked to the “Islamic State and Taliban” in a “fake encounter” on Jan 13, 2018.

In March 2019, the court had indicted Anwar and his 17 subordinates for the killing four men on the outskirts of Karachi.

In November last year, the former SSP had recorded his statement , alleging that he had been framed in the case due to a “departmental rivalry”, but had failed to name any officer in the police department.

During the trial, the court recorded the testimonies of 51 witnesses — including the medico-legal, forensic and ballistics experts, nine private witnesses and police officials produced by the prosecution.

During today’s hearing, the ATC judge noted the prosecution had failed to prove that the victims were kidnapped and murdered in a fake encounter by Rao Anwar and his 14 subordinate officials.

“Geo-fencing reports and call records failed to prove the presence of Rao Anwar and others at the place of the fake shoot-out,” he observed.

A detailed verdict in the case is awaited

Speaking to Geo News after the acquittal, Anwar thanked God and said that “fake allegations” against him had been proven wrong today.

The former cop went on to say that he will give a detailed response on the accusations against him in “a talk show” soon.

He claimed that 25 people were wrongly nominated in the murder case and the person killed was a “wanted terrorist” whose name was Naseemullah and not Naqeebullah. “He was a wanted militant about which advertisements were also given in leading newspapers.

When asked whether he would like to rejoin the police force, the former police official said one year of his service was left and he “would like to serve Karachi”.

After the verdict was released, lawyer and human rights activist Jibran Nasir — who is representing the legal heirs of Naqeeb — tweeted that his clients would appeal today’s judgment before the high court.

Separately, he toldDawn.com that the legal team acting for Naqeeb’s case had made public their apprehensions when the prosecution’s witnesses began to resile from their statement and important documentary proof went missing.

The decision will be appealed at an appropriate forum but those who provided political patronage to Rao Anwar and exerted pressure in the proceedings to weaken the prosecution case fail to understand how with every such injustice our governance structure and the social contract between the citizens and the state is eroding and crumbling away,” Nasir added.

Naqeebullah, hailing from South Waziristan, was among four men killed in what at the time was reported as an ‘encounter’ with a police team headed by Anwar in the Usman Khaskheli Goth on the outskirts of the metropolis earlier in January 2018.

Anwar had alleged that Naqeebullah was a Tehreek-i-Taliban Pakistan (TTP) militant, but a statement reportedly issued by a spokesperson for TTP’s South Waziristan chapter had termed the claim “baseless”, clarifying that the deceased had no links with the banned militant outfit.

Naqeebullah’s family had also disputed Anwar’s claim, saying that the 27-year-old had no links with any militant organization

Naqeebullah Mehsud — whose name was given as Naseemullah on his national identity card — was a shop owner fond of modelling, relatives of the deceased had told Dawn.

The then chief justice, Mian Saqib Nisar, had taken suo motu and twice offered Anwar to surrender. The former SPP, after eluding the law enforcers for some three months, was finally arrested after he surrendered before the Supreme Court in March 2018.

Sindh police then kept him in a house in Malir Cantonment, which was later declared a sub-jail.

The high-profile trial has faced inordinate delays, especially since March 11, 2022, when the case reached the crucial stage of recording testimonies of the accused police officials after four years.

After over four years, the ATC-XVI judge finally recorded Anwar’s testimony on Nov 5 last year as required under Section 342 (power to examine the accused) of the Criminal Procedure Code (CrPC) before passing the judgement.

The former SSP had testified that he “was not present at the place of occurrence at the time of the incident, nor ever visited new Sabzi Mandi in between Jan 4 and 6, 2018”.

Iwas implicated in this case on the basis of managed geo-fencing so as call data record [CDR] on the behest of a senior police officer whom I have a departmental rivalry,” alleged the under-trial former top district cop in an eight-page statement seen by Dawn, adding that the CDR and geofencing conflicted with each other.

However, in December 2021, the investigating officer of the case, SSP Dr Rizwan Ahmed, informed the court that Mr Anwar’s call data record and geofencing of the cell phone had shown him present on the crime scene between 2.41am and 5:18am on Jan 13, 2018.