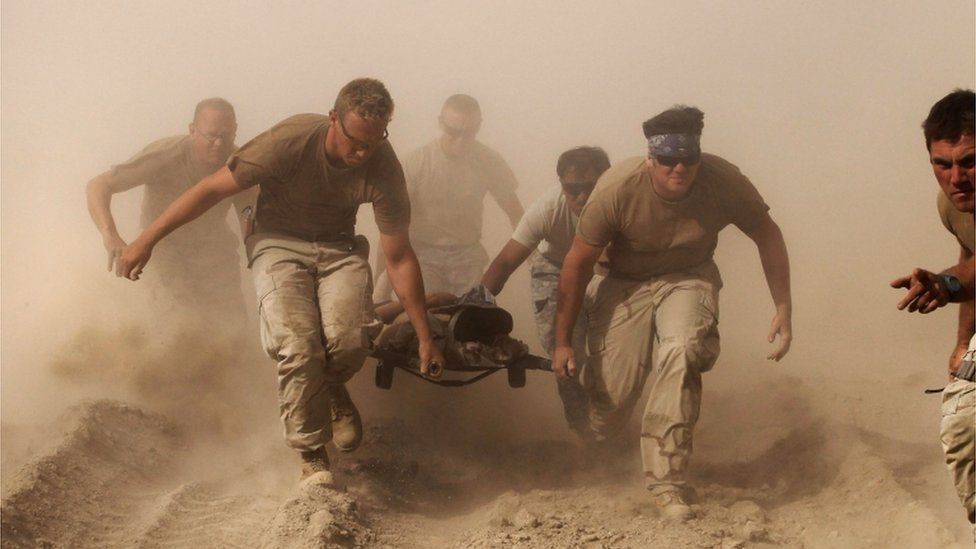 US, British and Nato combat forces are leaving Afghanistan this summer. The Taliban are growing stronger by the day while al-Qaeda and Islamic State groups are conducting ever more brazen attacks. So how can they be contained now that the West will no longer have military resources in the country?

Western intelligence officials believe they still aspire to plot international terrorist attacks from their Afghan hideouts, just as Osama Bin Laden did with 9/11.

It is a problem that is starting to vex UK policy chiefs as the deadline of 11 September for US President Joe Biden’s withdrawal draws closer. As the British chief of defence staff, General Sir Nick Carter, said recently: “This was not the outcome we had hoped for.” There is now a serious risk that the gains made in counter-terrorism over the last 20 years, at enormous cost, could be undone as Afghanistan’s future takes an uncertain turn.

“The problem,” says John Raine, a regional security expert at the International Institute for Strategic Studies (IISS), “is the situation’s potential for morphing at a speed and into something with which the Afghan government, even remotely reinforced by the US, can’t keep up.”

yet this, for President Biden, was always the plan. When he visited the country as vice-president in the Obama administration in 2009 and 2011 he concluded that nation-building there was a waste of time and instead the US should focus on a standoff approach to counter-terrorism using air strikes and Special Forces raids. The Pentagon disagreed and the former US Defence Secretary Robert Gates described Mr Biden in his memoir as being “wrong on nearly every major foreign policy and national security issue over the past four decades”.

So what will Western counter-terrorism in Afghanistan look like in practice after September?

These could well increase. The use of drones, or to give them their full name, Remotely Piloted Aircraft (RPAs) or Unmanned Aerial Vehicles (UAVs), was heavily endorsed by the Obama administration in which Joe Biden served as vice-president.

In the remote, tribal areas of Pakistan bordering Afghanistan, and in the wilder regions of Yemen, where in both cases senior al-Qaeda leaders were hiding out, successive drone strikes had “a chilling effect” on the group’s operations, according to intelligence officers. They forced commanders to stay constantly on the move, never staying more than a night or two in one place, restricting their ability to communicate and never quite knowing whether the departure of a visitor would be followed by a Hellfire missile, fired by an unseen enemy. 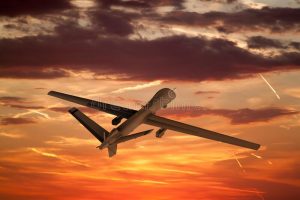 But drone strikes are controversial. They can be risky – not for the operator, of course, who tends to be sitting in an air-conditioned shipping container thousands of miles away on an airbase in Nevada or Lincolnshire – but for civilians in the area.

Despite the remarkable detail visible on the operators’ consoles there is always the risk of “collateral damage”, of a last-minute arrival of civilians on the scene, as has happened in Iraq and Syria. More than once the Americans had the IS executioner Mohammed Emwazi, aka “Jihadi John”, in their sights only to have to abort the strike when civilians were spotted in close proximity. In Yemen, drone strikes are deeply unpopular with human rights activists who claim harmless tribal gatherings have frequently been mistaken for armed insurgents. Yet across the Red Sea in Djibouti, the foreign minister there told me he welcomed their use against neighbouring Somalia’s al-Shabab militants and he was prepared to say so on-camera.

Over the last 20 years the CIA, MI6 and other intelligence agencies have built up a close working relationship with Afghanistan’s own NDS agency, helping it to identify and head off threats, while also trying to restrain some individuals’ more brutal methods. “We will still be able to give meaningful help to the NDS,” said a western security official this week, “it’s just that our operating model will have to adapt.”

It is a fair assumption that the Taliban will eventually form a part of a future Afghan government. So would the West ever be prepared to share intelligence with them after all these years of fighting them? “That,” said the official, “would be very hard to imagine.”

The key question is whether the Taliban actually meant it when they told peace negotiators in Doha that they had severed their ties to al-Qaeda. Those ties in some cases are historic, marital and tribal, predating the 9/11 attacks by several years. The Taliban are savvy enough to know that if they are going to become a part of a future Afghan government that enjoys international recognition, then they cannot be seen to be in the same camp as proscribed terror groups. Yet Gavin McNicoll, the director of the UK thinktank Eden Intelligence, believes it would be naïve to trust them.

“The US administration,” he says, “seems to be living in an impossible dream world, that the Taliban have cut their ties to al-Qaeda and IS and will not allow them to return. They are not, will not and can never be taken for their word.”

The night raids conducted by small teams of SBS or US Special Forces, acting on intelligence gathered first-hand on the ground, took a huge toll on insurgent commanders and their networks. Often arriving by helicopter some way off in the dead of night and then patrolling in on foot, these “capture or kill” teams worked in close partnership with Afghan Special Forces, preventing numerous attacks.

But after September these raids – if they continue at all – will mostly have to be launched or at least planned from outside the country. The risk of time delay and advance warning being leaked to others will inevitably be greater. And the task of finding new locations to launch them from is not something that can be fixed overnight.

The secret, classified base in eastern Afghanistan that US Special Forces have been using as a springboard for operations against “high-value targets” is being closed down. This will be good news for al-Qaeda and IS who will now have less to fear from the unexpected arrival of several very large and heavily armed Americans in the middle of the night. So where in the region could now provide a suitable alternative?

Pakistan is the most obvious candidate geographically but there is a profound suspicion in the West that Pakistan’s secretive Inter-Services Intelligence (ISI) has elements with links to violent Islamist groups. When the CIA launched Operation Neptune Spear to kill or capture Osama Bin Laden in May 2011, the US chose not to inform Pakistan as the teams of Navy SEALs flew by stealth helicopter into Pakistani airspace. They feared someone would give Bin Laden the tipoff to escape.

Instead, Oman is a likely substitute. With its stable, pro-Western government, the Sultanate already hosts major bases used by Britain at Thumrayt and more recently at Duqm on the Indian Ocean coast. Duqm is still over 1000 miles away from the Afghan border and any troop-carrying aircraft would still need to overfly Pakistan. Bahrain is another possibility, where the UK already has a small naval base – HMS Juffair – and the US Navy’s 5th Fleet has a very big one.

Then there is always Central Asia, which borders Afghanistan to the north. In the immediate years following 9/11, the US military used an old Soviet base in south-eastern Uzbekistan called Karshi-Khanabad or “K2”. But it pulled out in 2005 after relations between the two countries worsened and returning, even with an invitation, would be controversial since the base was reported to be heavily contaminated with chemicals and radioactive material.

The bald fact is that “containing” both al-Qaeda and IS in the wilder parts of Afghanistan is about to get a whole lot harder. There is no easy substitute for having the resources on the ground and being able to summon them up at very short notice. Much will now depend on the willingness and effectiveness of ongoing Afghan governments to confront these proscribed transnational terror groups.

John Raine, who previously worked at a senior level in the British government, paints a pessimistic picture of where things are going: “Given not only the quantum of extremism in Afghanistan, but also the strategic advantage which external players will see in having terrorist capabilities there, there could be a return to near greenhouse conditions for the next generation of counter-terrorism threats.”