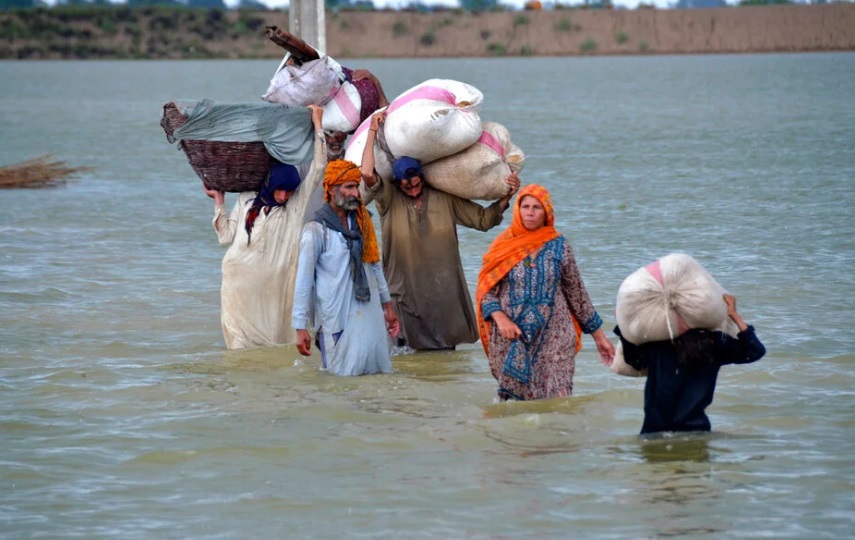 The climate minister said that First world countries are the main polluters, but it’s the poor who foot the bill.

Pakistan’s climate minister told UK media on Sunday that the Rich countries  are responsible for the bulk of greenhouse emissions, so they should pay reparations to developing economies as the latter bear the brunt of global warming.

Speaking to the Guardian amid unprecedented floods devastating her country, Pakistan’s minister for climate change Sherry Rehman called to reconsider global emission targets and reparations, given that poorer nations are increasingly hit by climate disasters.

Rehman described global warming as “the existential crisis,” adding that Pakistan has contributed less than 1% to greenhouse gas emissions. She also accused the first world countries of breaking their promises on fighting climate change. “We all know that the pledges made in multilateral forums have not been fulfilled”, she stressed.

“There is so much loss and damage with so little reparations to countries that contributed so little to the world’s carbon footprint,” she said, adding that the bargain made between the global north and global south is obviously not working.

In recent months, cataclysmic floods have wreaked havoc across Pakistan, killing at least 1,265 people, including 441 children. The calamity, which has affected 33 million people, has been largely blamed on climate change.

The inundation was caused by deadly monsoon rains, with many towns receiving 500 to 700% more rainfall than normal in August. The floods have ruined 90% of crops in Sindh district and put already cash-strapped Pakistan in dire straits.

Pakistan’s climate minister said the government is doing its best to mitigate the fallout, but its rescue and aid missions had been hindered by ongoing rain, with a third of the country currently under water.

Although Rehman indicated that she understood the challenges the world is facing due to Covid-19 pandemic and the Ukraine conflict, she said “richer countries must do more” to stave off climate change.

“Big polluters often try to greenwash their emissions but you can’t walk away from the reality that big corporations that have net profits bigger than the GDP of many countries need to take responsibility.”

On Tuesday, to help the beleaguered country in solving the crisis, the UN launched a joint $160 million plan appeal. According to UN Secretary-General Antonio Guterres, this initiative aims to provide food, water, sanitation, health and other forms of aid to 5.2 million most vulnerable people in the country.