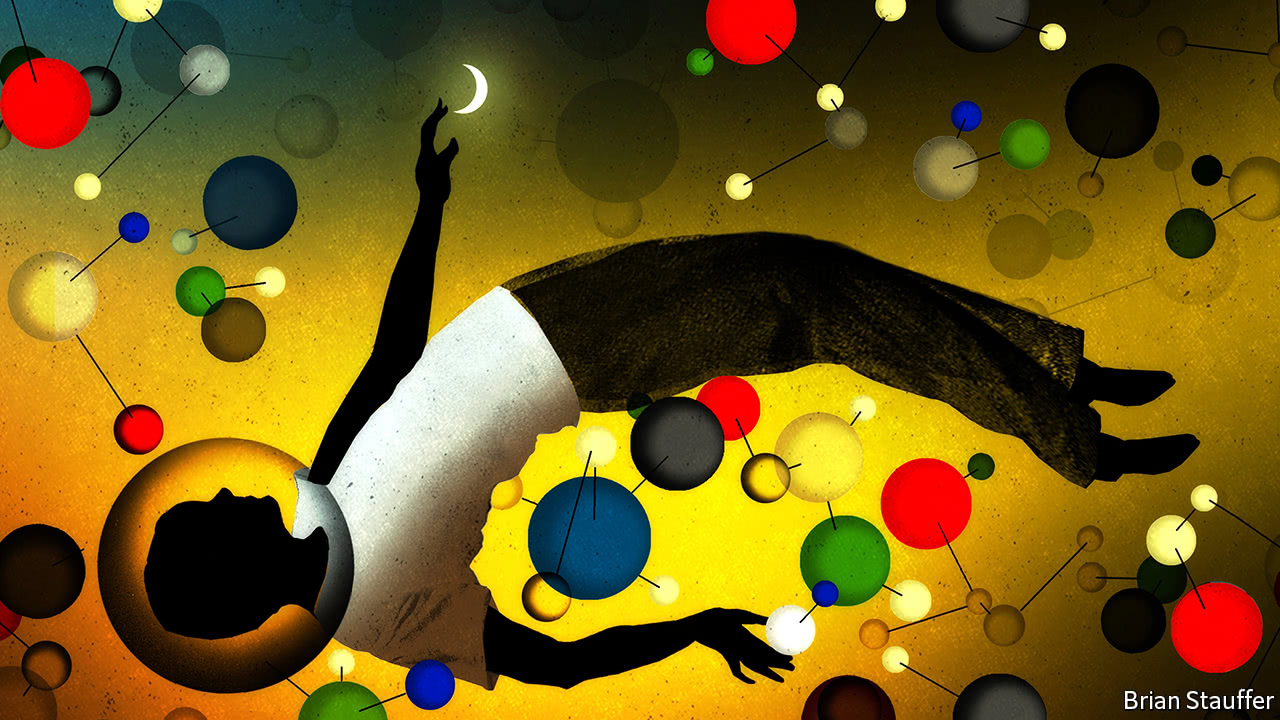 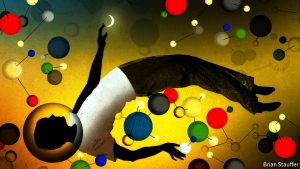 From “legal highs” to fentanyl, there are more drugs on offer than ever before
INSIDE a brightly lit shop in Amsterdam half a dozen people inspect the wares. Alongside the bongs, vibrators and heart-shaped key rings in its glass displays are rows of small silver packets emblazoned with names such as “Herbal Speed”, “Trip E” and “Liquid Bliss”. Four capsules of “Space Trips” will “take you to the moon and back” for €12.50 ($13.30). There are 160 coffee shops in this city where marijuana can be bought and smoked perfectly legally. But as these shiny packets bear witness, there is also a thriving market for “legal highs”, synthetic alternatives to drugs such as ecstasy or cocaine.
Humans have always sought to intoxicate themselves. For millennia they had only what could be reasonably easily coaxed from poppies, grapes, mushrooms and the like to help them in their endeavours. In the 19th century chemistry allowed the chemical compounds that had made such things worth seeking out to be purified and marketed. New drugs from the laboratory, such as ether and nitrous oxide, found a role in “laughing gas” parties and “ether frolics” well before they were pressed into medical service as anaesthetics.
The 20th century saw new drugs created from scratch: amphetamines, barbiturates, benzodiazepines and more. It also saw a far more spirited, if often fruitless, policing of the line between drugs-as-medicine and drugs-of-choice—a line that was in many cases drawn according to the sort of people who chose to use the drug, rather than any essential danger it posed. These prohibitions rarely improved public health or public order; but they did encourage some of those who served the markets on the wrong side of the line to investigate the potential of molecules similar to those in existing drugs but not yet subject to any sanction.
As the 21st century took off, so did the sale of these new drugs. At the turn of the century the UN Office on Drugs and Crime (UNODC) recognised only a handful of “new psychoactive substances” in use around the world. By 2008 the number was up to 26; by 2014 it was 452; in a UNODC report to be published this summer the total is expected to reach 700. Most do not stick around, appearing on the streets or in the head shops where drug paraphernalia is sold only for a few months; but 80 or so have spent years on the market. Never before has there been such an array of pills, gases and liquids available for people to swallow, inhale or inject.
New compounds such as those in that Amsterdam shop make up only a very small fraction of the global drugs trade. But in their profusion, in the way that they blur the distinctions between the legal and the illegal, and in the unintended consequences that can follow when one sort of high is traded for another, they offer a window into its future.
To read full content please Subscribe to The Economist magazine in Pakistan