France’s Cannes Film Festival, arguably the world’s most prestigious film festival and cinema’s largest annual gathering, has postponed its 73rd edition due to the coronavirus pandemic.
Organizers of the French Riviera festival, scheduled to take place May 12-23, said Thursday that they are considering moving the festival to the end of June or the beginning of July as quoted in Dawn News.
“Several hypotheses are being studied to preserve the festival, the main one of which would be a simple postponement,” the festival said in a statement.
“As soon as the development of the French and international health situation will allow us to assess the real possibility, we will make our decision known.”
Organizers had been extremely reluctant to cancel Cannes. For weeks, its organizers deflected questions and tried to push through its selection process. But as the pandemic spread through France, it became all but inevitable that a massive gathering like Cannes would be canceled.
Read more:
Government policies resulted in one of the worst Stock Exchange crash in Pakistan ( Urdu)
Amar Khan’s debut film set to release 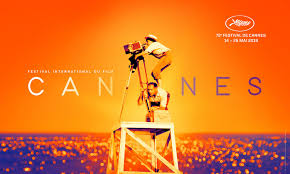