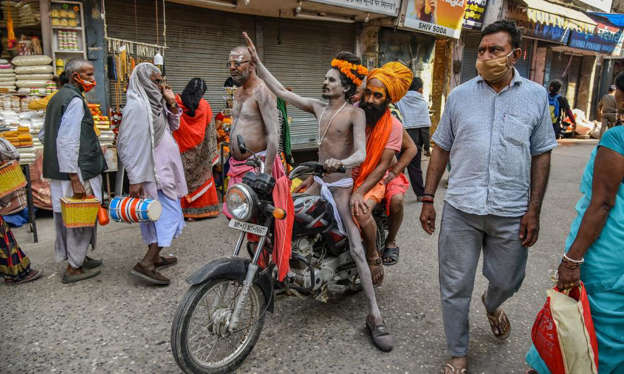 Response to second wave is warning to other countries

The blindspots in India’s response to its second, devastating wave of coronavirus infections serve as a stark warning to other countries

In retrospect it was clear that the figures for new infections that India was reporting in January and February were probably too good to be true, with a country of more than 1.3 billion people seeing its caseload drop from its first peak last year of over 100,000 cases a day to under 10,000.

Then, it was reported in terms of being almost miraculous.

As Jishnu Das, a health economist at Georgetown University in the US, told NPR in early February: “It’s not that India is testing less or things are going underreported. It’s been rising, rising – and now suddenly, it’s vanished! I mean, hospital ICU utilisation has gone down. Every indicator says the numbers are down.”

Except it had not vanished. The reasons for that illusion are likely to take years to unpick, but it is clear that India’s surveillance of the virus missed its real prevalence earlier this year, even at a point when people were celebrating its decline, until it was too late.

While there has been much focus on the most recent Indian variant of Covid-19 as much of the latest wave is also probably down to a combination of social behaviour, weaknesses in India’s health system and policy decisions.

Told that the virus was conquered (or that some areas were approaching herd immunity); that vaccination was imminent, making it controllable, some of those who might earlier have sought a test will not have pursued that option especially if confronted with less than serious symptoms

With a median age of 26.8 it seems likely too that – as elsewhere – the resurgence may have been driven in large part by younger cohorts less concerned about a disease perceived as being one that hits the oldest and less healthy disproportionally hard, marking a now familiar recent pattern of transmission among the younger spreading to the older.

For many others, finding a test in a country with areas of profound poverty and poor healthcare will not have been a viable option. Others still, as the head of one of India’s largest laboratory networks made clear this week, have struggled to find tests.

The reality, it appears, is that India made similar errors to other countries, including the UK, after the first wave peaked – suggesting a return to a degree of normality even at a time when it was clear that other countries had already been hit by serious second waves.

As Dr Chandrakant Lahariya wrote in an opinion piece for The Economist magazine last week: “The second wave of Covid-19 has come a few months after the second wave in other countries, which had a similar situation somewhere in the mid- to late 2020. There was no reason to believe it would be any different in India.

“Though the laxity in people’s behaviour was being noted, but from February to April 2021, the government too did not show its resolve to enforce public health measures. While customary guidance on Covid-appropriate behaviour was issued, it was policymakers and elected leaders who tacitly encouraged crowding in festivals (Holi at end March 2021), election rallies in five states (March-April 2021) and religious congregation (Kumbh Mela in Haridwar; March-April 2021)

The world’s major vaccine producer, India has replicated mistakes made also in the US and elsewhere of assuming that vaccination alone would suffice to control Covid-19, an error compounded on Tuesday by Narendra Modi’s insistence that lockdowns should remain a measure of “last resort”.

The reality, as the UK’s experience appears to have demonstrated, is that a combination of aggressive vaccination, lockdowns and surveillance offers the best chance of mitigating the impact of the pandemic.

Perhaps most of all it reinforces three key lessons. First, without an emphasis on effective monitoring, coronavirus will exploit those blindspots to spread again. Second, that even in the midst of a vaccination campaign such as India’s, while large numbers remain unvaccinated Covid-19 remains a powerful threat, able to overwhelm health systems.

A third and final lesson is one for the political leaders

Boosterism (like Modi’s around India’s vaccine production) and the encouragement of normalcy bias (which leads people to minimise threats when confronted by serious risks) have real impacts in public health emergencies that rely on encouraging people to be careful.