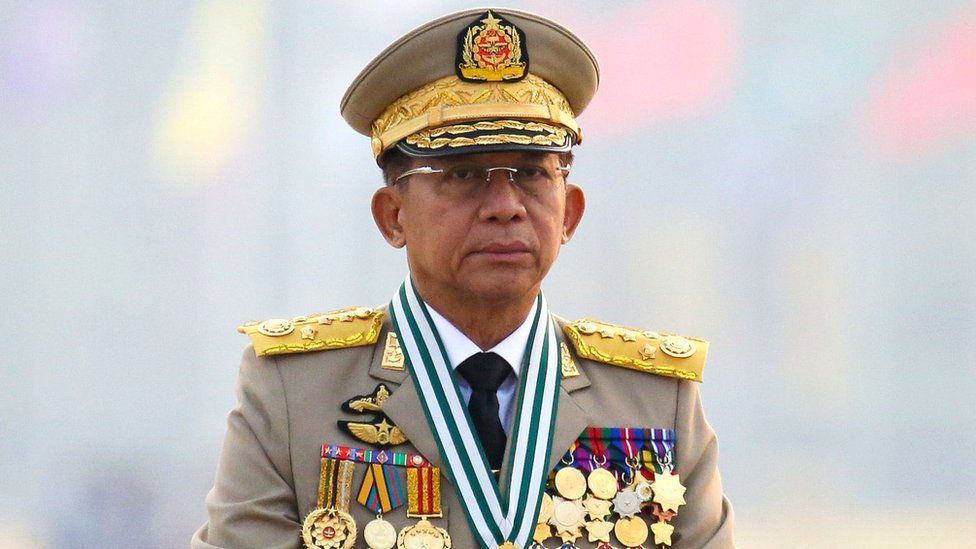 The head of the Myanmar military is set to meet international leaders, in what will be his first known foreign trip since the army took power in a coup.

General Min Aung Hlaing is scheduled to attend an Asean regional summit in the Indonesian capital Jakarta on Saturday.

The military seized power on 1 February, claiming there had been voter fraud in the 2020 general election.

Since then, more than 700 people have been killed as many protested against the military government.

The talks in the Indonesian capital will be the first international effort to address the crisis and they will see leaders and foreign ministers from the 10-member Association of South East Asian Nations (Asean) attend.

It is widely expected that Min Aung Hlaing will attend the summit in person – though this has not been confirmed.

Activists have called for demonstrations in Jakarta to coincide with his appearance there.

Despite the risk of massive refugee flows or even civil war, the 10 members of Asean have been divided over whether to even hold a meeting. There are clear signs of splits between governments that want to take action and those that don’t.

Asean appears divided along geographical lines, with the “mainland” countries – those physically closest to China – more opposed to intervention in Myanmar, while the “maritime” countries – those furthest from China – are more in favour of taking action.

Among the latter group, it is host Indonesia that has been pushing hardest for a collective response to the crisis.

But persuading the other nine countries to take a unified stance will be just as much a challenge as persuading the Myanmar junta to de-escalate the crisis.

While the bloc prides itself on its ability to persuade rather than coerce, that ability is much weaker if the organisation is not united.

Thailand’s prime minister as well as the president of the Philippines have said they would only send their foreign ministers.

The bloc’s other members include Malaysia, Singapore, Vietnam, Brunei, Cambodia, host Indonesia and Myanmar itself.

There have been calls for Myanmar, also known as Burma, to be expelled from Asean but the members historically do not get involved in each other’s internal affairs.

The UN special envoy for Myanmar, Christine Schraner Burgener, will be in Jakarta for meetings on the sidelines of the summit.