Despite being staunch supporters of conservation of endangered species, Prince Harry and Prince William are fond of hunting and have faced criticism over the sport.

Dame Jane Goodall, the British primatologist and a friend of  Harry, said that Meghan Markle dislikes the sport and Harry is likely to quit hunting soon.

In an interview with the Radio Times, she said Harry and William were both champions of the natural world-“except they hunt and shoot”.

“But I think Harry will stop because Meghan doesn’t like hunting, so I suspect that is over for him,” he said.

Answering a question about Harry, she said she thought the prince is finding life a bit challenging.

Also read:
Why water remains cool in earthen pitcher?
What Kevin Pietersen says about Muhammad Asif?
IT leapfrogging during COVID-19 isolation in Pakistan 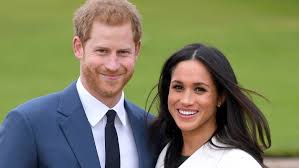