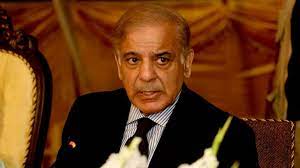 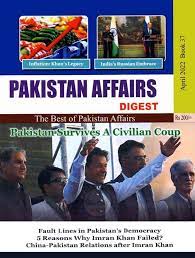 Prime Minister Shehbaz Sharif has said that the world cannot afford to go back into another “era of Cold War or bloc politics”.

He made the remarks in an interview with Newsweek’s senior foreign policy writer Tom O’Connor published on Monday.

In it, he touched on Pakistan’s political landscape and Islamabad’s relations with friendly countries, including China and the United States.

Talking about heightened friction between the US and China, the premier said: “While the Pakistan-China relationship is very special, Pakistan and the US have also maintained a long-standing historic bilateral relationship which covers all issues of mutual interest.”

PM Shehbaz said that constructive engagement with all countries could promote peace and security as well as development and connectivity in the region.

“We look forward to remaining engaged with the international community for peace and stability in the region and beyond,” he said, adding that conflict anywhere in the world had global consequences, especially for developing countries.

“The world can ill-afford [a] descent into another era of Cold War or bloc politics. I believe polarisation would have serious consequences for the global economy afflicted by the impacts of the Covid-19 pandemic and the Ukraine crisis. Developing countries, like Pakistan, are already suffering from external shocks to their socioeconomic well-being, and do not desire aggravation of these challenges induced by [a] major power rivalry,” the prime minister said.

He went on to say that “cooperation, not confrontation, should be the main driver of international relations”.

Asked whether Pakistan could play a role in de-escalating tensions between the two countries, the premier said Pakistan’s foreign policy was one of “friendliness and goodwill towards all the nations of the world”.

“If China and the US so desire, Pakistan would be happy to play a positive role to bridge their differences, as we had done in the past.”

Talking about Afghanistan, PM Shehbaz said that the global community initial concerns, including avoiding a protracted conflict, ensuring safe evacuations, regulating the flow of migrants, and ensuring humanitarian assistance, were handled in a “relatively satisfactory manner”.

He urged the international community to remain engaged with the Afghan government, to assist it in social and economic areas and to unfreeze the country’s financial assets.

“We will continue to impress upon the interim Afghan government the importance of taking demonstrable actions on its commitments including those relating to inclusivity, respect for human rights of all Afghans, including girls’ education, and effective counter-terrorism action,” he said.

During the interview, the prime minister was also asked about militant activity in Pakistan, including those targeting Chinese nationals.

In response, PM Shehbaz said it was no secret that Pakistan was “one of the biggest victims of state-sponsored terrorism that is planned, supported and financed by hostile intelligence agencies”.

“The main objective of these terrorist acts is to destabilise Pakistan and undermine our economic development. Capturing of an active duty spy, Kulbhushan Jadhav, from Balochistan, and his subsequent confessions, clearly indicate that a foreign hand is involved in spreading terrorism in Pakistan,” he said.

He went on to say that terrorist attacks against Chinese nationals were “aided and abetted by forces inimical to the Pakistan-China strategic partnership”.

“Such forces do not wish to see development and prosperity in parts of Pakistan, including in Balochistan,” he said.

Plan for bringing nation together

Talking about his plan for bringing the nation together, PM Shehbaz asserted that the government was changed through a “constitutional process”. He added that the political parties part of the coalition government represented 70 per cent of the electorate, making the current government “truly national in nature”.

“The coalition government is working on an agreed-upon national agenda of economic reform and stabilisation. It is the topmost priority at the moment. We are also focusing on making governance efficient and service-oriented, besides improving Pakistan’s relations with friendly countries on the basis of our mutual interests.”

He also stated that for democracy to function effectively, political parties that come into power would have to improve their delivery.

“A political system can only be strengthened and strike deep roots when it is owned by the people at large, which in turn is possible through efficient public service delivery. Performance in office alone can provide longevity to the public office holders.”

The premier called for all parties to agree to the “minimum rules of the game in which the welfare of the people remains paramount”.

“Systematic problems can be fixed through engagement and consultations among all political stakeholders. This course may take time, but is the only way forward for the system to become strong, resilient and efficient.”